Is this the World’s First Tau Clock?

I really like The Tau Manifesto (although I don’t like celebrating number-days, eventually we’d all have to buy Hallmark cards). It was inspired by http://www.math.utah.edu/~palais/pi.html. It made me want to have a Tau Clock. So I bought a 24 hour clock from Seldeck (thanks to Jaakko Peltonen for finding the 24 hour clock after I mentioned the idea) and wrote a short MATweave document to create a face for it. Now I have a Tau Clock. 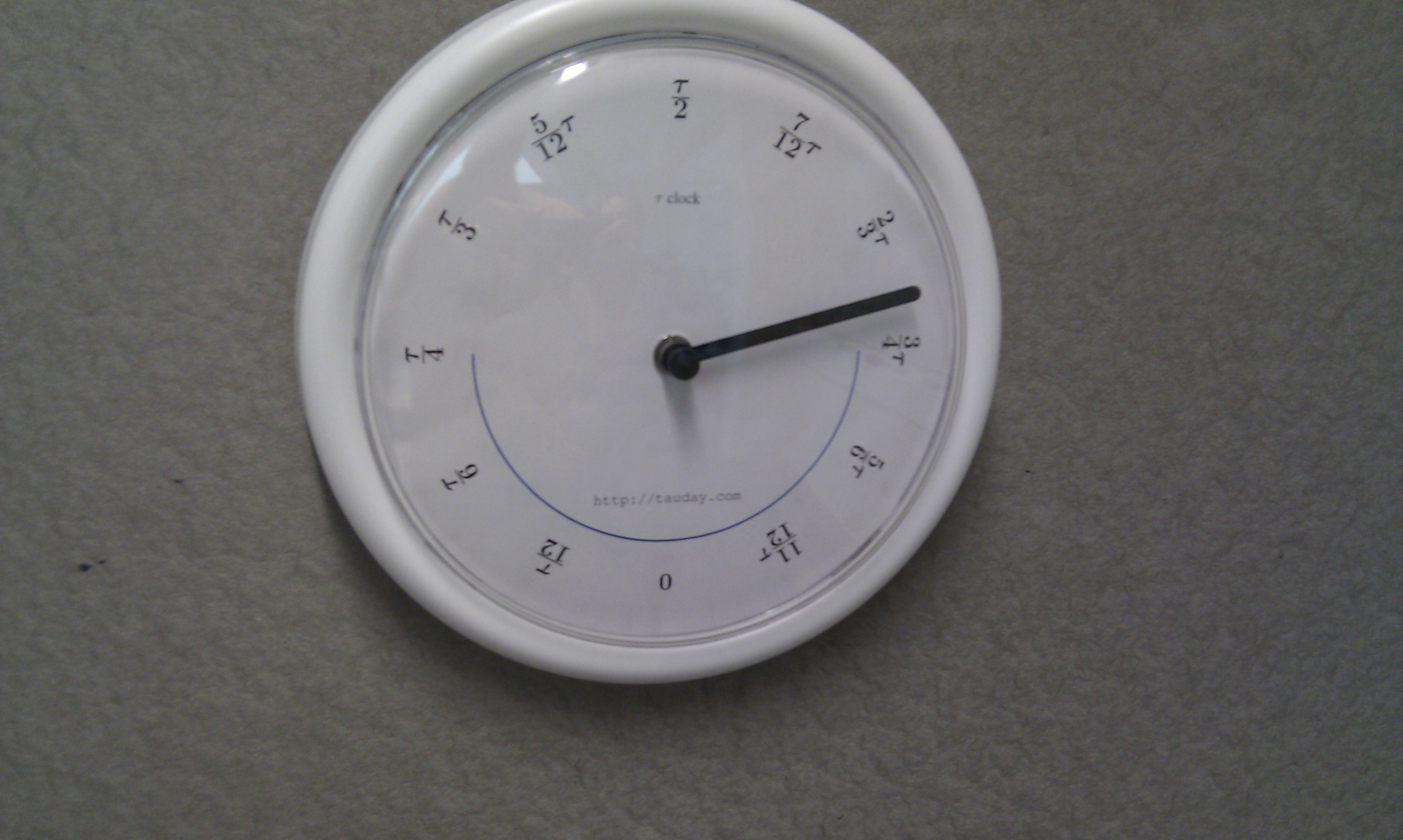 (for counter arguments to Tau see The Pi Manifesto, although personally I feel if that’s all they’ve got then Pi really is dead …)

The clock is going to be given to my colleague as a present from our group for his birthday.

Update: I found another Tau Clock here. Although I find it rather offensive. They have the hour hand going around the clock twice to perform one turn, which is almost as silly as having a constant that needs to be doubled to represent a full turn. I think they are cashing in. That said, I do like the idea of the hand going backwards in line with polar coordinates. Jaakko and I discussed this but concluded that we were unlikely to find a 24 hour clock mechanism that ran backwards. This may also be another one here.

For the compiled version of the clock example see this PDF.