An op-ed piece I wrote for the Guardian Media Network appeared today. 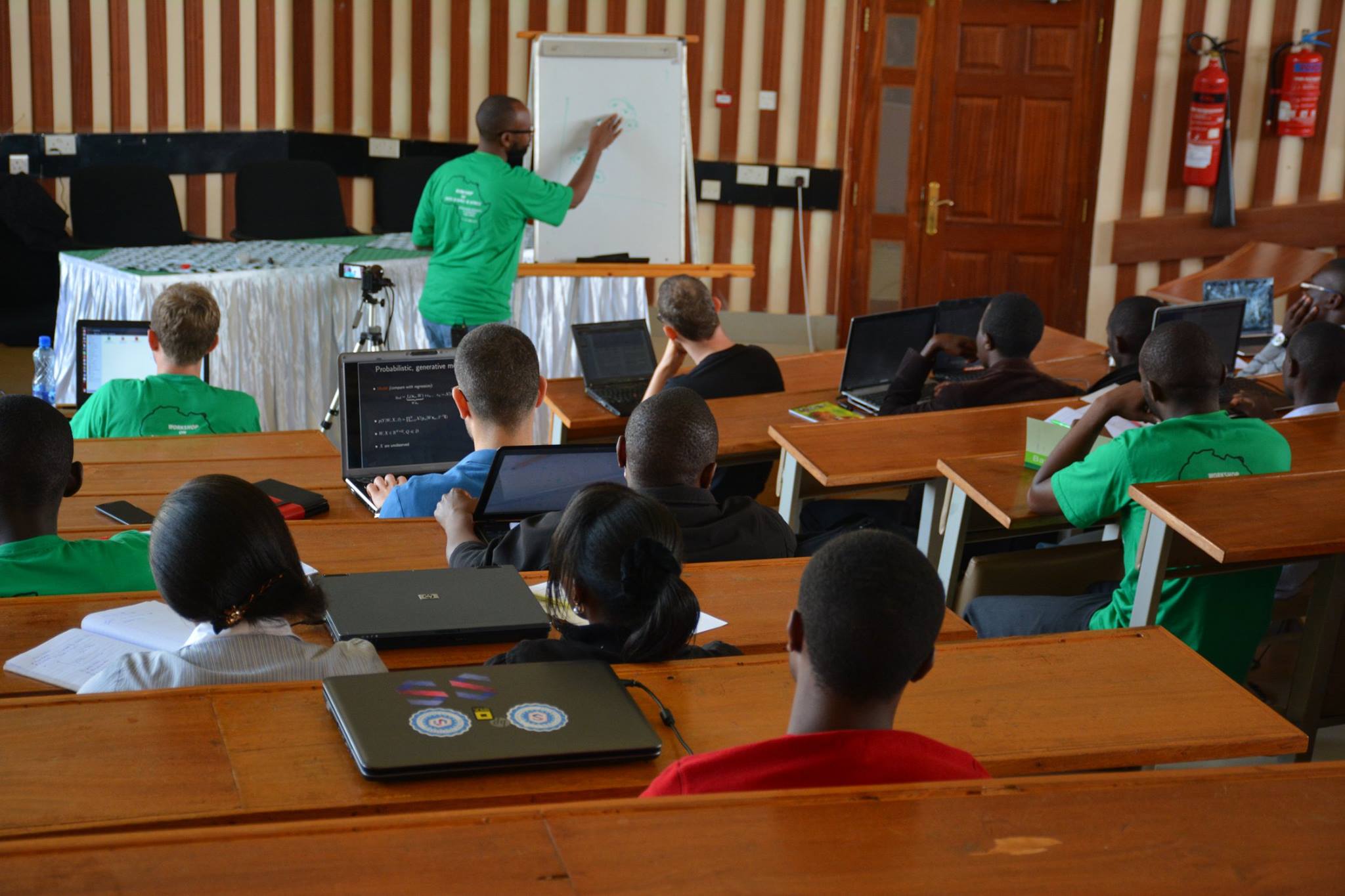 The UN has estimated that across the world more people have access to mobile phones than to toilets. It is of course distressing to imagine what this means for many people’s exposure to disease and access to clean water, but the choice of mobile phone for the comparative statistic actually offers a great deal of hope. The mobile phone is part of a phenomenon where a new infrastructure is emerging, one that could bring the economic changes that enable those toilets to be built.

Our modern infrastructure is based on information. Since the 1950s, investment in data storage and distribution by companies and countries has been massive. Historically, data was centralised a single database. Perhaps one for representing the health of a nation, and another database for monitoring social security. However, the advent of the internet is showing that many of our existing data systems are no longer fit for purpose.

There is a shift in the emphasis from central to distributed computing. Distributed computing architectures are normally less vulnerable to failure and more accessible for everyday users. The modern computer is the mobile phone, and in this sector African countries are not far behind. In 2014 Kenya had an 82% penetration (pdf) for mobile phones, with 33.6m subscriptions in a population of 40 million. Access to the internet in the home is also becoming more common. In Kenya home broadband subscriptions are growing rapidly, but all of the growth is through systems that use the mobile telecommunications network. New protocols such as WiMAX have the potential to reduce the gap even further.

African countries may be coming late to the information revolution, but they will be able to exploit the lessons learned from those that have trodden the path before. The UK’s attempt to centralise its health system was an expensive failure. African countries don’t now need to spend £10bn to learn the lessons derived from that misguided effort. They could develop infrastructures for commerce, administration and health that exploit all the advantages of a distributed data system.

The modern information infrastructure is about movement of data. From data we derive information and knowledge, and that knowledge can be propagated rapidly across the country and throughout the world. Facebook and Google have both made massive investments in machine learning, the mainstay technology for converting data into knowledge. But the potential for these technologies in Africa is much larger: instead of simply advertising products to people, we can imagine modern distributed health systems, distributed markets, knowledge systems for disease intervention. The modern infrastructure should be data driven and deployed across the mobile network. A single good idea can then be rapidly implemented and distributed via the mobile phone app ecosystems.

The information infrastructure does not require large scale thinking and investment to deliver. In fact, it requires just the reverse. It requires agility and innovation. Larger companies cannot react quickly enough to exploit technological advances. Small companies with a good idea can grow quickly. From IBM to Microsoft, Google and now Facebook. All these companies now agree on one thing: data is where the value lies. Modern internet companies are data-driven from the ground up. Could the same thing happen in Africa’s economies? Can entire countries reformulate their infrastructures to be data-driven from the ground up?

Maybe, or maybe not, but it isn’t necessary to have a grand plan to give it a go. It is already natural to use data and communication to solve real world problems. In Silicon Valley these are the challenges of getting a taxi or reserving a restaurant. In Africa they are often more fundamental. John Quinn has been in Kampala, Uganda at Makerere University for eight years now targeting these challenges. In June this year, John and other researchers from across the region came together for Africa’s first workshop on data science at Dedan Kimathi University of Technology. The objective was to spread knowledge of technologies, ideas and solutions. For the modern information infrastructure to be successful software solutions need to be locally generated. African apps to solve African problems. With this in mind the workshop began with a three day summer school on data science which was then followed by two days of talks on challenges in African data science. 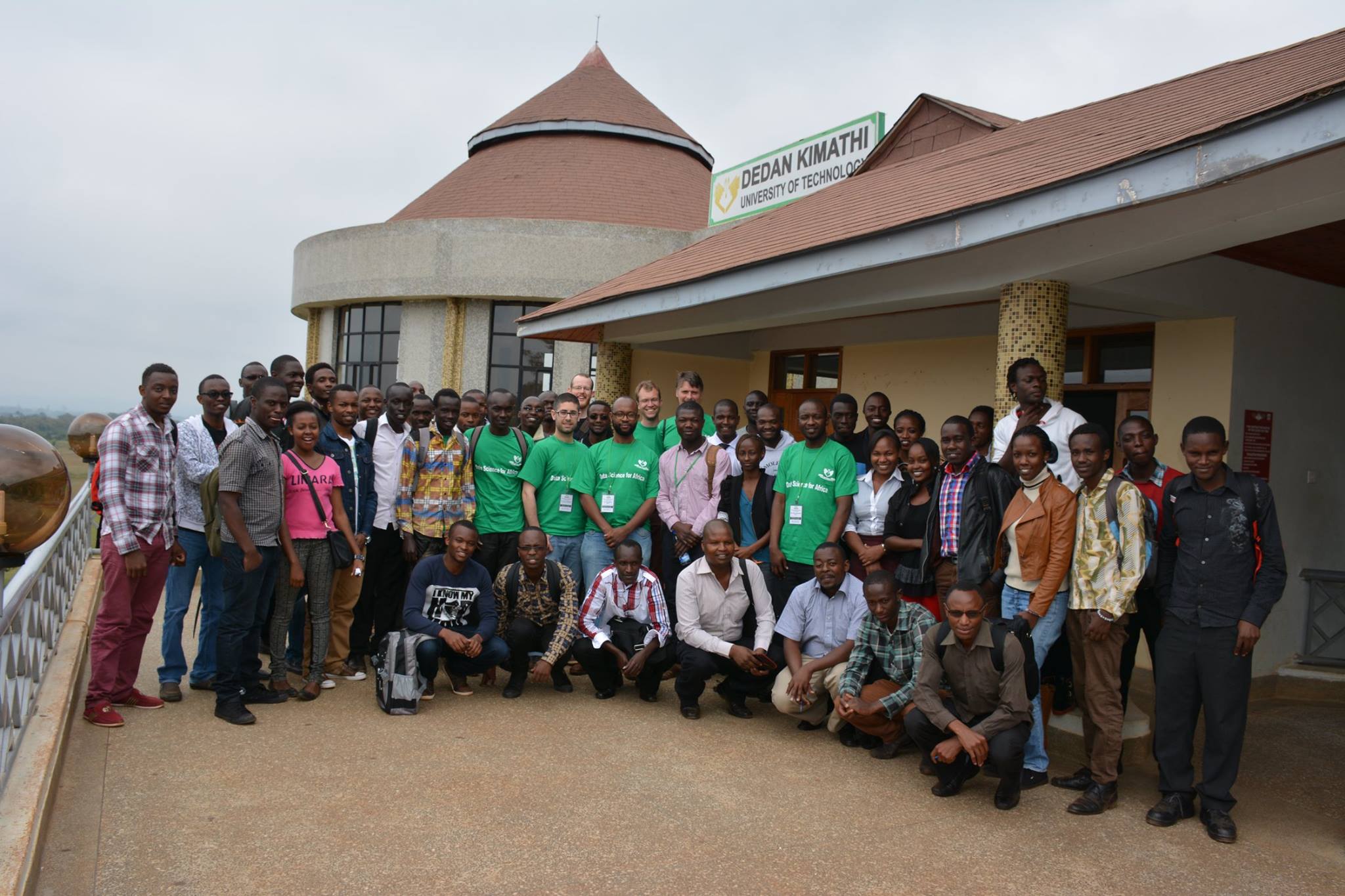 The data science in Africa workshop highlighted the benefits of technology in creating modern infrastructure. Photograph by DeKUT

The workshop showed that there’s a new strand of thinking emerging: modern infrastructure solving the challenges of missing infrastructure. The solutions would be leading edge in any country, but across Africa’s countries they can be simpler to implement because they don’t need to be built on top of a legacy system. Imagine a distributed health system which relies on mobile phones for access to the health record. The hardware infrastructure in Africa would already support this, the investment has already been made. It is the investment in people and ideas that is now needed.

Many new dawns have been promised for Africa, but so far they seem to have been false. One possible reason for this is that they involved top down imposition of a developed European country’s centralised economy onto the African model. The Data Science in Africa workshop showed that the information revolution can be locally driven to develop the modern infrastructure that Africa needs.

Neil Lawrence is a professor of machine learning at the University of Sheffield. He is an advocate of open data science and an advisor to a London based startup, CitizenMe